Well hello, Dear Reader. It’s been a while! I seem to have taken an unintentional hiatus for the entire month of July. Truth be told, July wasn’t the best month for me. I managed to be sick twice, first with the worst case of conjunctivitis I have ever had, and then with a nasty tummy bug I caught from one of my little kiddos at work. In between being ill, I was working a bunch of extra hours and feeling rather exhausted when I was home. Blech. Not conducive to blogging.

Craft wise, I was working on a super secret project for my mom’s birthday which I couldn’t blog about and making abysmally slow progress on my February Lady Sweater.

Alas, July is now over…and with it, hopefully any illnesses…so it’s back to the blog and my link-up with Small Things. I have missed it! 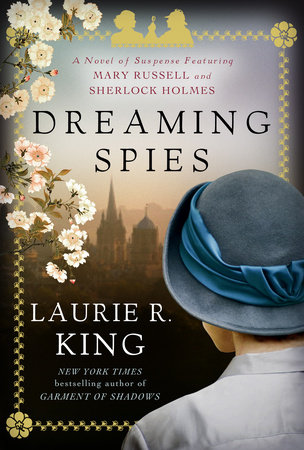 I finished reading Dreaming Spies by Laurie R. King. It did not disappoint! The mystery was tense, the writing impeccable, and just when you thought everything was solved, she throws in a whole new twist! A large part of the story is set in 1920’s Japan. I found myself craving green tea, rice, and a stay at a ryokan, which I’m not sure even exist anymore. At least I can get a taste of the cherry blossoms as the Seattle area is climatically close to Japan, and flowering cherry trees are popular decorative trees in many gardens.

Ms. King has another Mary Russell book coming out next year. I’m looking forward to it immensely!

My “super secret project” for my mom was a monster. “Sammie the Sock Monster” to be precise. She had requested him around Christmas. I’ll give him his own FO Friday post, but here’s a peek:

In fact, it’s been a regular monster mash around my place these days.

My nephew, Jonah, requested “Hugo the Couch Potato Monster” at Christmas as well and talks about it a lot, especially after he saw I made Sammie for my mom! So, what else could I make him for his birthday? 🙂 He originally requested “rainbow” for Hugo’s color, but changed it last month to orange with red stripes. It’s a terribly hard color combo to photograph! The red is a true red, not maroon as it appears in the picture. 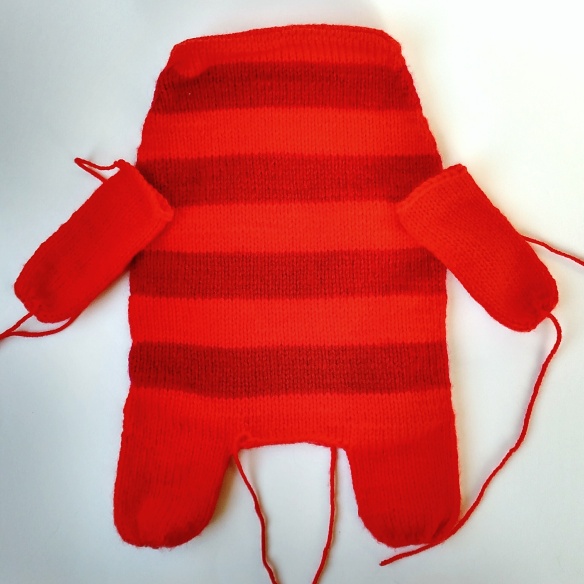 Hugo’s knitting is all done. He’s just waiting to be stuffed.

The dark and light pink thing is “Bea the Basement Monster.” I’m knitting her for Jonah’s little sister, Carly. They practically share a birthday, and we’ll be celebrating both on the same day, so it made sense to make monsters for both of them. Bea just needs her ears knit and then it’s on to stuffing her and Hugo.

The little speckled monster is “Petunia the Patio Monster.” I started her because I needed something small to take with me to the Mariners game two weeks ago and I was a little sick of baby hats. 😉 I don’t have a home in mind for her yet, so she just might end up living with me for a bit.

Hugo, Bea, and Petunia can be found in Rebecca Danger’s book, The Big Book of Knitted Monsters. Sammie is available as a pattern in her Etsy shop.

I’ve also made a wee bit of progress on my February Lady Sweater. The safety pin in the photo is the halfway mark. That little ball is all I have left of the third skein of yarn.

And that about does it for this post. I hope to get back into a regular, at least weekly, blogging schedule. I’ll see you at the link up!